I saw this documentary as part of the 2014 London Palestine Film Festival, followed by a talk with Eyal Weizman, the plucky architect who narrates the film. I learned a lot from his book Hollow Land: Israel’s Architecture of Occupation, for its critical overview of the slow, mundane, pre-meditated way that the occupation of Palestine has been orchestrated over time. The brief documentary, directed by Ana Naomi de Sousa, addresses and visualizes the more striking elements of the book. For example, Israel’s use of “Jerusalem stone” in building housing units in the settlements surrounding Jerusalem, to evoke the old city center of the iconic city. The architect knows these buildings are mostly made of concrete, the outside layer merely a facade. (An added tidbit from the book is that this stone is actually mined and manufactured in the West Bank.) The film explores how “Architecture is used by architects…as a weapon.”

END_OF_DOCUMENT_TOKEN_TO_BE_REPLACED

Hebron, the largest Palestinian urban center in the West Bank, is increasingly known as a contested and embattled space. It is unique in the occupied Palestinian territories because Israeli settlements have been established inside the city. Mundane violence and segregation are evident here, most starkly culminating in Shuhada Street, once a bustling Palestinian thoroughfare, now off-limits to Palestinians. Numerous international organizations have set up shop here to document daily human rights abuses, though they’ve had little success in holding settlers and Israel accountable to their policies. There are many tours one can take while visiting Hebron, which is almost always recommended to visiting internationals itching to get a feel for “the situation,” at odds with all liberal sentiments. These kinds of tours often use Hebron as an example of a particularly dire situation, where Israeli settlers have taken things to the extreme. And extreme examples abound, such as when the Israeli military recently detained a 5-year old Palestinian. But is Hebron an exception to the rule?

Like so many other Israeli settlements throughout the West Bank, settlements in Hebron’s city center were established with assistance from the Israeli army, in the 1970s. Currently there are about 500 settlers in Hebron, with about 2,500 to 4,000 Israeli soldiers stationed around the area to protect them. In 1994, New York-born Israeli settler Baruch Goldstein massacred 29 praying Palestinians at the Tomb of the Patriarchs. This is when Israel began limiting the movement of Palestinians in Hebron, supposedly to increase security (ha, ha). With the Oslo Accords, Hebron was divided into zones indicating various degrees of Israeli and Palestinian control, mirroring the division of the entire West Bank into Areas A, B, and C. Shuhada Street was completely closed off to Palestinians (except for residents of the street, but even they are limited in their access) with the outbreak of the Second Intifada in 2000.

According to B’Tselem, 304 Palestinian-owned shops and warehouses along the street were shut down, and Israel even turned the central bus station into an army base. This has completely stifled the Palestinian economy in this area, which is now known by many as a ghost town.

I have visited Hebron on three occasions. These photos are mainly from my second visit, in December of 2012, when I visited with two Americans, a Canadian, and a Palestinian. We arrived in the afternoon as the sun was setting.

Palestinian children play near their home on a route frequented by settlers descending toward Shuhada Street. A bit further down the hill, out of view, is an Israeli soldier stationed at a lookout to ensure the safe passage of settlers.

An abandoned car. I haven’t been able to verify this, but my guess is the painted signs on the post demarcate the safe route for settlers.

Walking down Shuhada street. Since Palestinians who do not have residency here are not allowed to walk down this street, our Palestinian friend had to leave us and loop around to meet us on the other side. We passed store after store that was empty and boarded up. The street is eerily quiet besides the occasional passersby, though we felt utterly exposed and watched.
END_OF_DOCUMENT_TOKEN_TO_BE_REPLACED 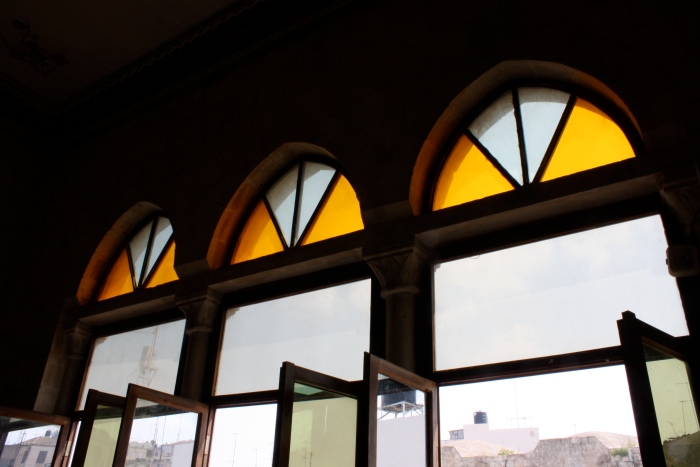 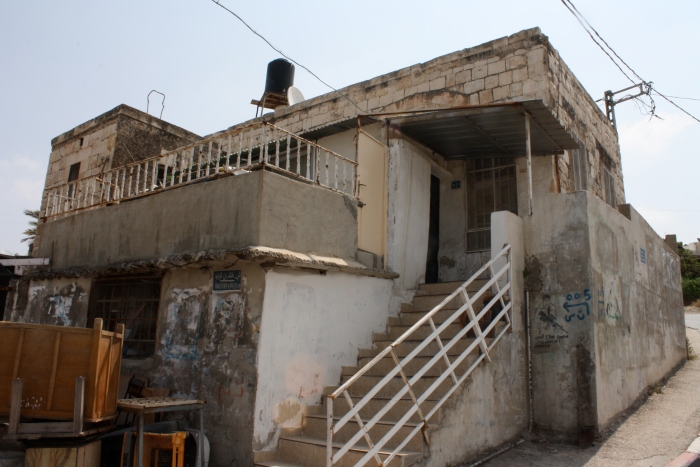 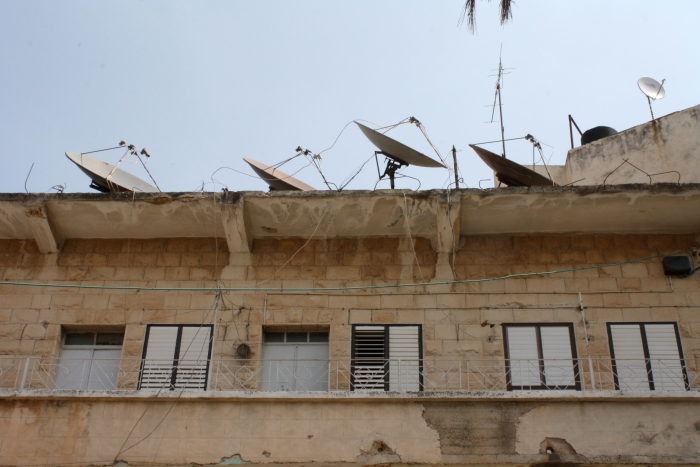 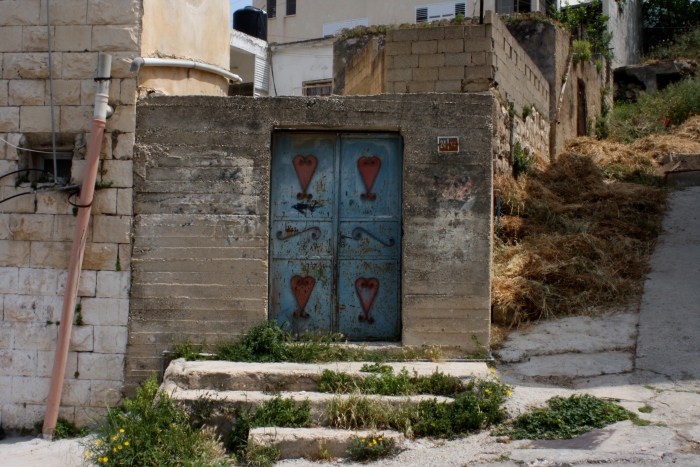 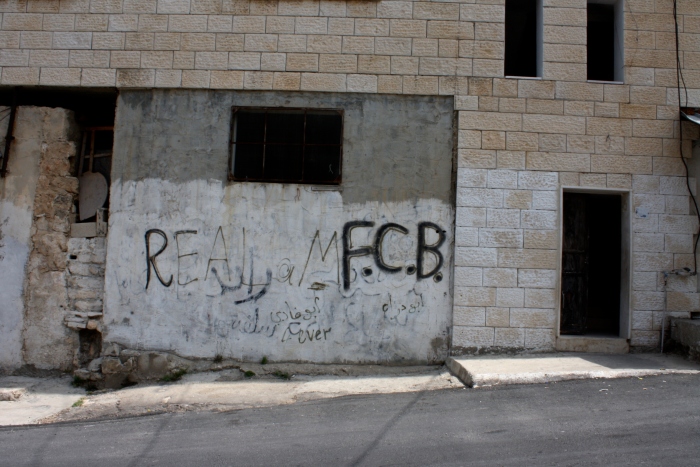 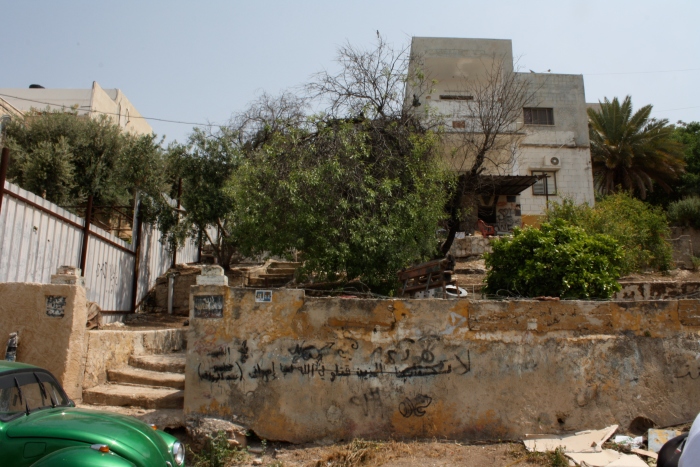 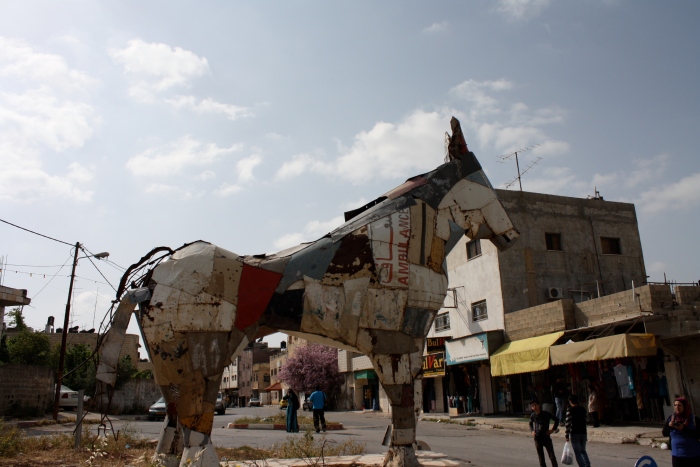 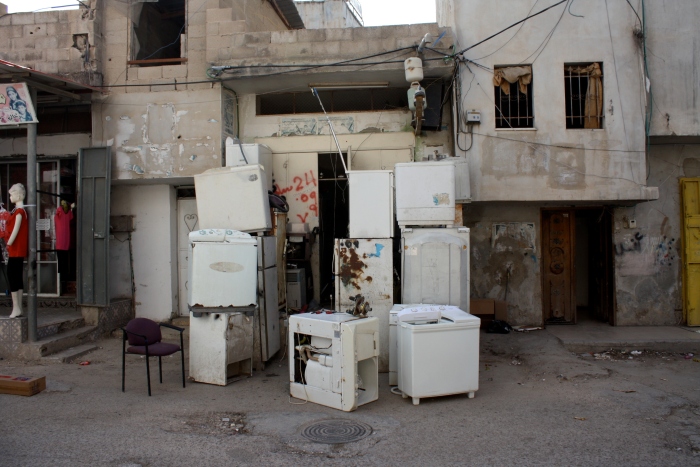 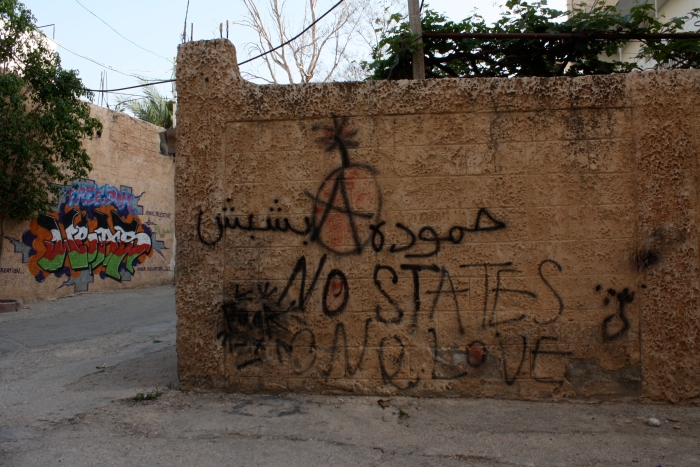 It’s not a question to be taken for granted. If I had to give a short answer, I might say that Israel continues its occupation for land and resources—that it engages in what it knows to be a doomed “peace process” in order to eventually gain control over all of historic Palestine, “from the river to the sea”. At least, based on its actions, this is what Israel appears to be trying to do.

But there are continual and obvious contradictions in this idea. It is widely recognized among people educated in this topic that the longer Israel continues its occupation, the more it continues to build settlements throughout the West Bank along with infrastructure to serve those settlements, the closer it will come to having to deal with the 4 million+ Palestinians that inhabit the same space. Israel exhibits two conflicting desires: that for territory and that for a majority Jewish state. If Israel gains control over the entirety of historic Palestine, it will paradoxically lose its Jewish majority and thus its identity as a Jewish state.

So then how do we explain the current system? I recently read The Political Economy of Israel’s Occupation: Repression Beyond Exploitation, written by Israeli academic Shir Hever. I outline here some of the theories he describes that can be applied to the occupation of Palestinian land.

A great video of Hever speaking at King’s College London. He does not address the theorists discussed below in the video but his talk summarizes the main points of his book.
END_OF_DOCUMENT_TOKEN_TO_BE_REPLACED 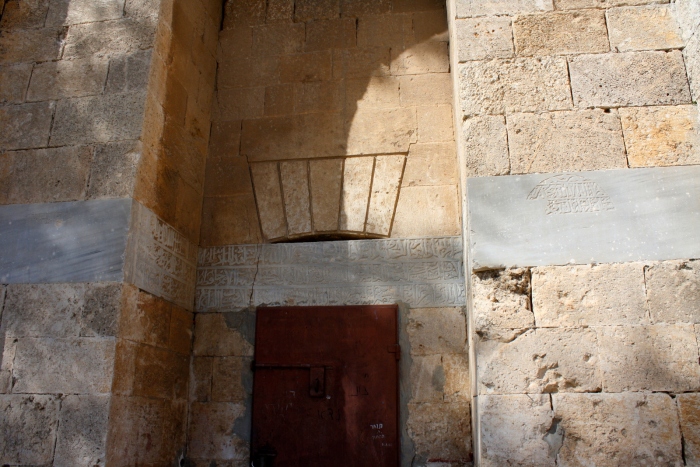 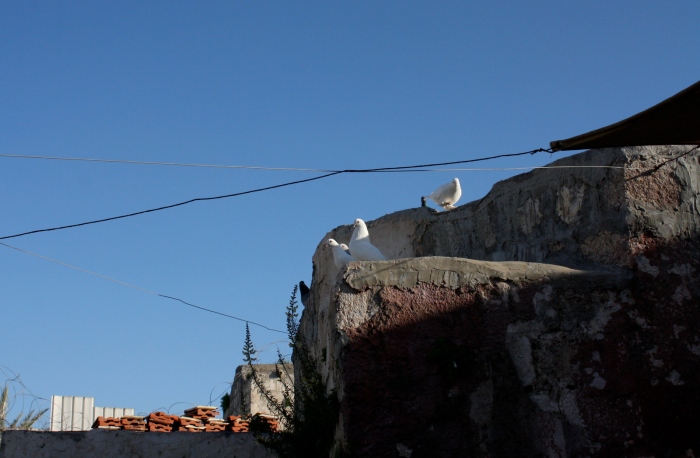 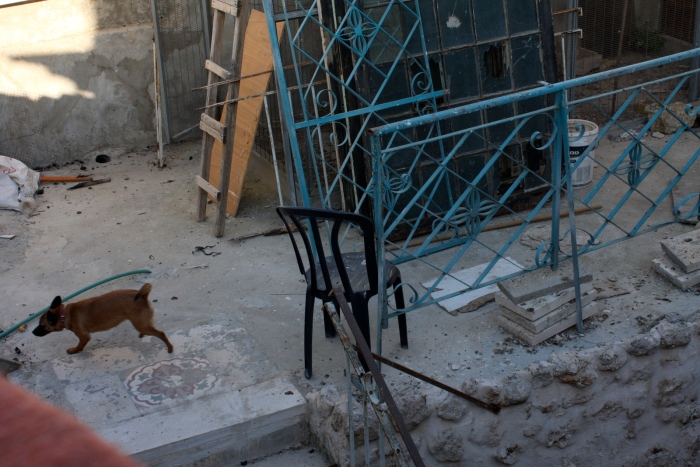 Battlefield terms such as strongpoint, advance, penetration, encirclement, envelopment, surveillance, control and supply lines migrated from the military to the civilian sphere… In the hands of Sharon, his followers and colleagues, architecture and planning were presented as a continuation of war by other means. The civilianization of military terms was to lead in turn to the militarization of all other spheres of life. War was only over because it was now everywhere.

Around the central Hisbeh market. 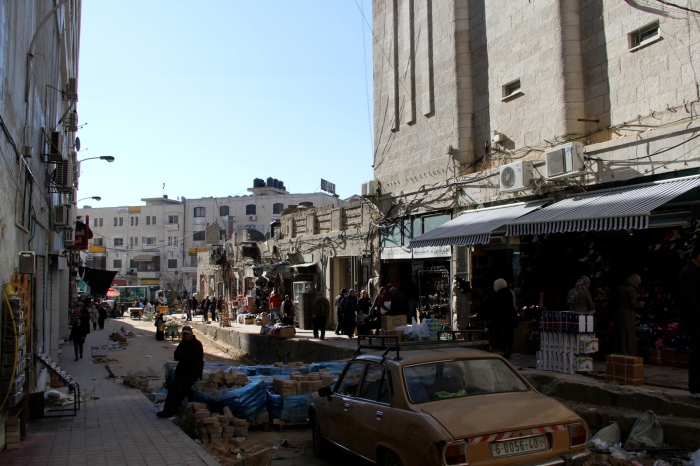 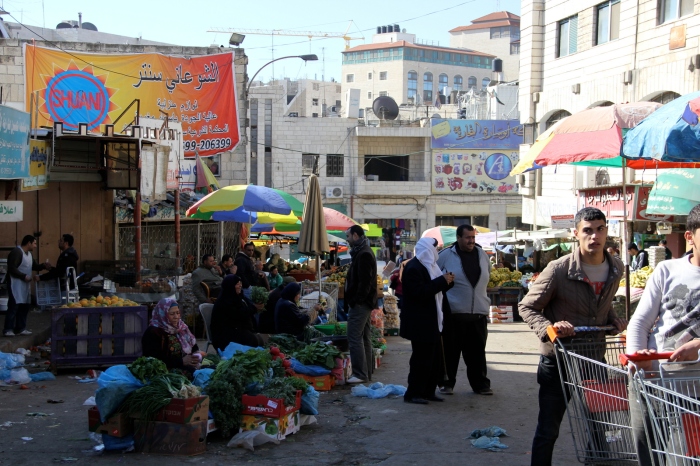 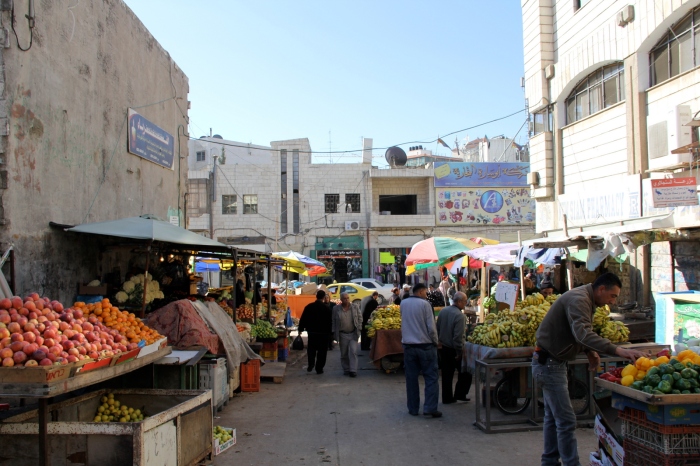 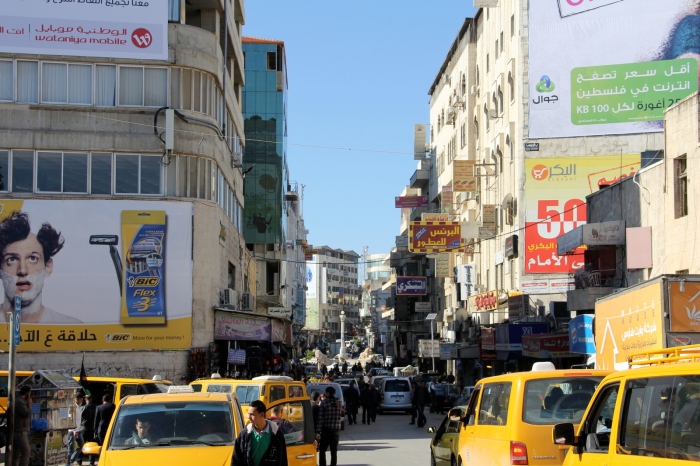 Parkour in Gaza by Ali Ali

“I took this picture in Khanyonis town in the south of the Gaza Strip, in a graveyard. The subject of parkour attracts me, because it is very rare here and people are not familiar with it. These children are the only team that do this kind of sport. What I was really interested in was showing how they do it, and also how extremely happy they are despite being in a place of death, a graveyard – which seems the only place they can find joy. It is one of my favourite pictures because it is so surprising. It was a lovely moment.” Photograph: Ali Ali/EPA