According to Israeli human rights group B’Tselem,* there are about 124 Israeli settlements in the occupied West Bank. In addition to this are around 100 informal “outposts.” All settlements are deemed illegal under international law, including all outposts, though unlike settlements, most outposts are not officially sanctioned by the Israeli government (key word: “officially”). There are many incentives for Israelis to move to settlements: though some move because they feel they are fulfilling a religious or nationalistic destiny, others are given financial incentives either directly by government bodies or because they simply cannot afford to live in cities like Tel Aviv or Jerusalem.

You can see settlements peppered throughout the West Bank (which is presumed to be under control of the Palestinian Authority, though you can see this is clearly not the case) on this map. The following pictures were all taken in the mid and northern West Bank, near Ramallah and up toward the Palestinian town of Nablus. 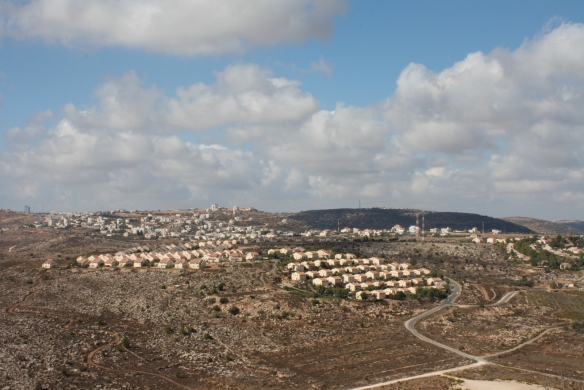 The settlement of Ofra, not too far north of Ramallah. Not all settlement houses look like carbon copies of each other, but these are particularly neat and uniform. 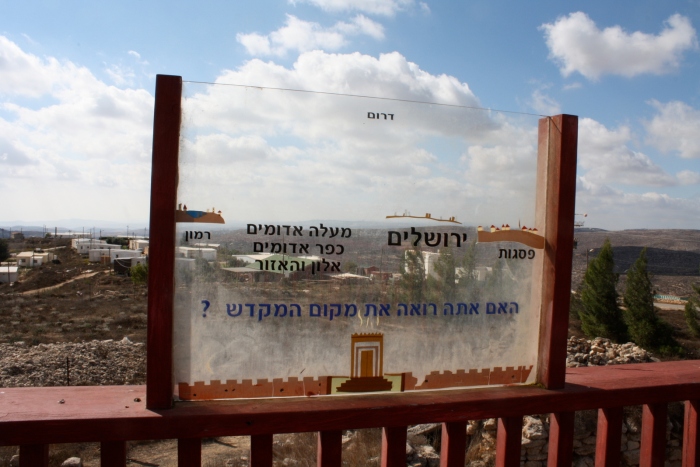 A nearby lookout point with views of the area. This sign is supposed to roughly show the location of nearby settlements. The text at the bottom asks, “Can you see the holy temple?” referring to the third and final temple that should theoretically, under Judaism, be built on the present-day Temple Mount in Jerusalem. Just behind the sign, you can see the informal caravans and structures that form the outpost called Amona.

Inside Ofra. The neat carbon-copy houses up close.  I felt I could be in any number of suburban neighborhoods in the US. The streets were eerily quiet but for the occasional car or child on a bicycle. 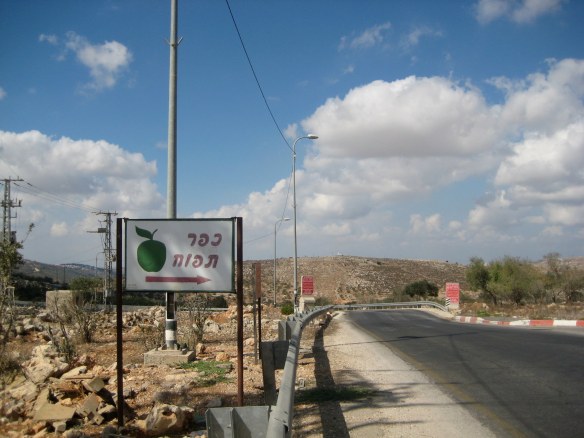 A sign for the settlement of Kfar Tapuach (literally, “Appleville”), just south of Nablus. Fruit seems to be a recurring symbol on this day, as in one settlement, an over-sized grape statue graced a small roundabout near the entrance gate.

Palestinian village on the outskirts of Nablus.